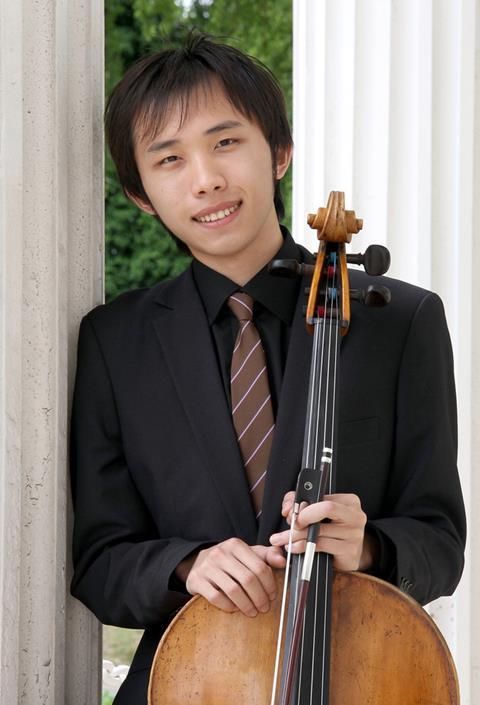 Sihao He, from Shanghai, has won first prize and around $15,000 at the Gaspar Cassado International Violoncello Competition in Hachioji, Japan.

The 20-year-old performed Schumann's Cello Concerto in A minor op.129 in the final round at the Hachioji City Art & Cultural Hall, accompanied by the Tokyo Philharmonic Orchestra conducted by Yamashita Kazufumi. Sihao also received a recital engagement in Japan as part of his prize.

Second prize was awarded to Min Ji Kim, 18, from South Korea, who also won the audience award. Brannon Cho, 18, from the US, came third.

The competition is named after cellist Gaspar Cassado (1897–1966) and was set up by Cassado’s wife, Japanese pianist Chieko Hara, in 1969. Previous first prize winners include Mischa Maisky, Noboru Kamimura and Kaeko Mukoyama.

Watch Sihao He performing at the competition here.