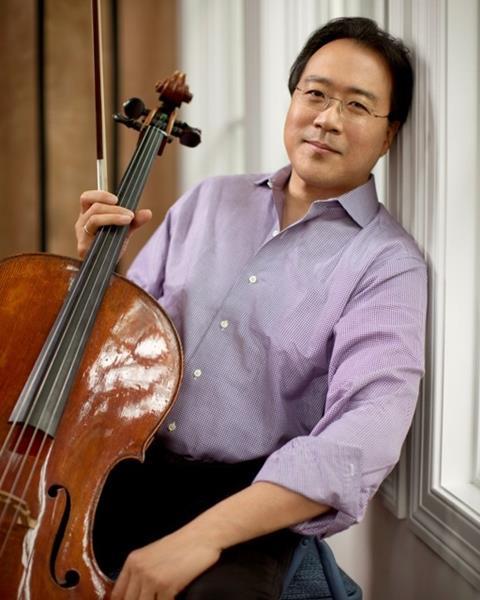 The 2015 Antonín Dvorák Prize is to be awarded to cellist Yo-Yo Ma – ‘a relentless advocate of the arts and, no less importantly, promoter of the work of Dvorák’. Inaugurated in 2009, the annual prize is given by the Classical Music Academy, City of Prague and Ministry of Culture of the Czech Republic to an individual who has made a major lifelong contribution to promoting and popularising Czech classical music.

Yo-Yo Ma will receive his prize – a glass cello made by glass-makers from the Moser Company based on a design prepared by Architect Jirí Pelc – at a ceremony held at the Czech Ministry of Culture on 8 September.

The cellist appeared in Prague for the first time in 1989 – an exciting performance of Dvorák's Cello Concerto with the Czech Philharmonic under the baton of conductor Václav Neumann, as Czechoslovakia was emerging from over 40 years of Communist rule.  This year, Yo-Yo Ma will open the eighth Dvorák Prague International Music Festival with a performance of the same work, conducted by Jirí BÄ›lohlávek - the 2014 Antonín Dvorák Prize winner.