The annual Detroit contest, including senior and junior divisions, is open to black and Latino US string players 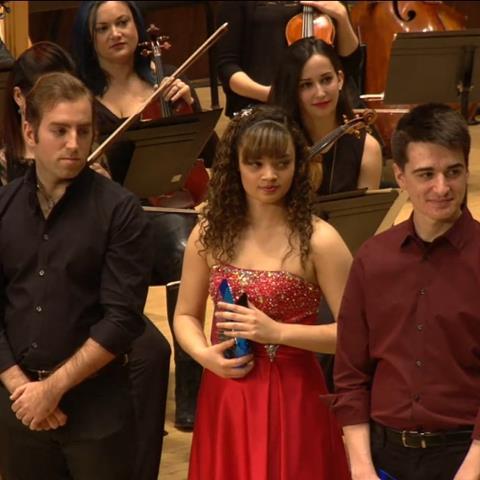 Thomas Mesa (pictured, left) has won the senior division first prize, worth $50,000, at the 19th Sphinx Competition in Detroit, Michigan.

The 25-year-old Cuban-American cellist is a member of the St Petersburg Piano Quartet, and has performed extensively as a soloist and chamber musician. A teacher at Brooklyn Conservatory of Music and at the St Petersburg International Music Academy, he is currently studying for a doctorate of musical arts at the Manhattan School of Music, having graduated from The Juilliard School in 2012 and Northwestern University in 2014.

Held annually, the Sphinx Competition is open to junior high, high school, and college-age black and Latino string players residing in the US, with the aim of developing classical music talent in the black and Latino communities.