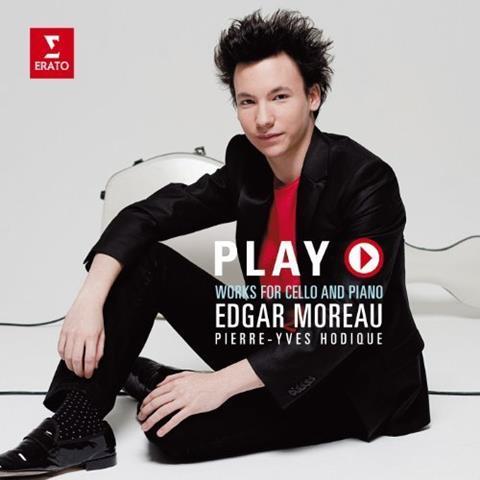 French cellist Edgar Moreau has been awarded the Arthur Waser Award 2015 in association with the Lucerne Symphony Orchestra. The 21-year-old receives a grant of CHF 25,000 to further his career and will make his debut with the orchestra next season.

Signed to Warner Classics, the young cellist won second prize at the 2011 International Tchaikovsky Competition at the age of 17, and the Young Soloist Prize at the 2009 Rostropovich Cello Competition in Paris. Of 'Play', his debut album for Erato, The Strad wrote: ‘If I were a betting person I’d wager that Edgar Moreau would slay whatever came in his path, such is his formidable technical armoury. Lest, however, one consider him just a cellistic gymnast, there are sufficient lyrical pieces here to illustrate his consummate artistry.’

‘I am honored to receive the Arthur Waser Award 2015 in the wonderful city of Lucerne,’ said Moreau. ‘This award will give me the opportunity to launch projects that interest me passionately.’

The Arthur Waser Foundation was established in 1999 to support social and cultural projects in Africa and Switzerland. The body has supported the Lucerne Symphony Orchestra since 2004. The first Arthur Waser Award was given in 2013 to organist Sebastian Küchler-Blessing.