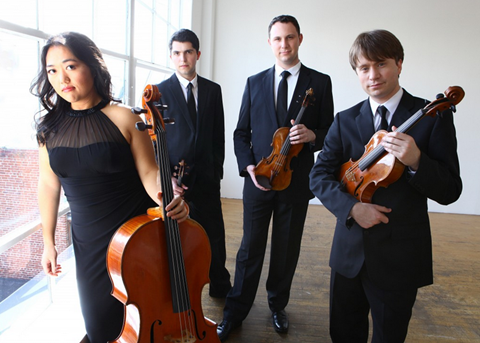 New York’s Calidore Quartet took the grand prize at the inaugural M-Prize Chamber Arts Competition at the University of Michigan on 19 May. The foursome (pictured), comprising violinists Jeffrey Myers and Ryan Meehan, violist Jeremy Berry and cellist Estelle Choi, received $100,000 – according to the competition, the most substantial prize for chamber music in the world – as well as concert engagements. Second prize in the strings category ($7,000) went to the Verona Quartet, also based in New York, while the Rolston Quartet, currently based at Rice University in Texas, came third ($3,000).