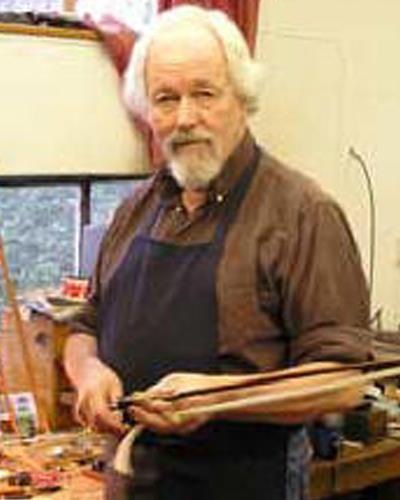 British bow maker Garner Wilson has died at the age of 68 after a long battle with cancer. Born in 1944, he began his career at W.E. Hill & Sons, where he worked as a bow maker from 1960 to 1966. He later opened his own workshop in Greenford, west London, moving to Bury St Edmunds, Suffolk, in 1969. Among the apprentices he trained was Peter Oxley, who told The Strad in a 1995 interview, ‘I was fortunate in being able to train in the manner passed down through the Hill dynasty of bow makers, all the time being encouraged to develop the critical eye necessary to achieve and maintain the highest standards of workmanship. Whatever technique I have today is due to Garner.’

From 1989 Wilson lived and worked in Dingwall in the Scottish Highlands. His work can be distinguished by a double concentric ring on the frog, as well as the branding ‘Garner Wilson’.