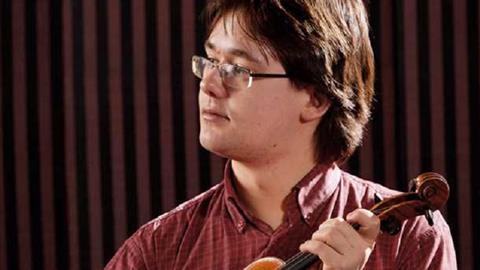 The Scottish Chamber Orchestra has appointed Benjamin Marquise Gilmore as its new concertmaster. The former Yehudi Menuhin School student will share his role with the orchestra's current leader Stephanie Gonley, who was appointed to the position in August last year.

'From the first time I played with the Scottish Chamber Ochestra, I felt an immediate rapport, both musically and personally, and it's grown stronger ever since,' he said. 'I very much admire the orchestra's approach to music-making, combining a strong sense of unity and cohesion with an openness to new ideas and the flexibility to go in different directions.'

Marquise Gilmore has led the SCO on several occasions in recent months. The Vienna Conservatory graduate has performed as a soloist and chamber musician at venues including the Concertgebouw in Amsterdam, the Wigmore Hall in London and the Brahms Saal in Vienna, and has been a member of the Chamber Orchestra of Europe since 2011. Last year he won fourth prize at the Joseph Joachim Violin Competition.