Steven Isserlis: What we can learn from the great players of the past

In his guest editorial for the Strad’s October 2013 issue, the cellist introduced a focus on what 21st-century artists can learn from some of the greatest players of the previous century 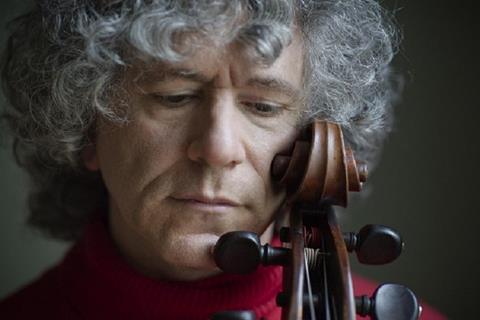 It is a great pleasure to take over as editor of The Strad — for this month only, I hasten to add. I’m always happy to enthuse about my heroes, and to invite my friends to enthuse about theirs; but there is another, rather more missionary reason for the focus of this month’s issue. Most of the articles here concern great players strong of the past, whose careers flourished in the first half of the 20th century.

(I should point out that the dates are very approximate, and not at all consistent. Those two giants Heifetz and Feuermann, for instance, even though their careers date from the first half of the 20th century, seem to me to have been ‘modern’ players; whereas a player like Såndor Végh, whose fame dates from after the war, typified is the values of an earlier epoch.)

Whether or not the players featured represented a true ‘golden age’ is hard to say, since it is impossible to judge how players before them — Corelli, Boccherini, Popper, Paganini, Wieniawski, Joachim in his prime, and so on — sounded.

Nowadays, it seems to me, musicians tend to have a narrower focus. We no longer think like composers —and so we are more afraid of the music. Just as important, though, is that we seem to have lost a certain innocence in our musical attitudes. From the recordings of all these vintage players — hugely varied though they are — a sense of the sheer joy of music making radiates through the hiss. Today’s string players, performing in large halls on instruments tightly set up to produce the maximum volume, seem too often to feel that constant intensity is the primary goal of performance; if the audience isn’t standing and cheering at the end, then they have failed.

Of course, that is a huge generalisation; but unfortunately, there is more than a little truth to it. Music is too frequently taught like a sport. (Some years ago, I attended — for some reason — a recital by young pupils of a local piano teacher in New Jersey. A little boy came out and sat at the piano. The teacher approached him: ‘Hello Johnny! I hear you won the 200 metres race at your school. Is that right?’ Johnny agreed that that was the case. The teacher beamed ambitiously. ‘So — are you going to win at piano too?’ I left.)

I feel very strongly, however, that the first half of the 20th century was an era in which musicians in general had (and were encouraged to have) a broader, more holistic approach to music than is customary today. Most of the performers discussed in this issue were also composers; although there are examples of this now, it is far from being the default setting, as it seems to have been then. And whether or not they were composers themselves, these players displayed in their performances the sort of interpretive freedom that comes from an intimate knowledge of the score — they approached the music from the inside, so to speak.

It is as if they were close friends with the pieces they played, acquiring the sort of deep understanding that allowed them to dispense with formalities, and to reach the heart of the work. The letter, while respected and observed, was subservient to the true spirit; their interpretations told the inner story of the music. 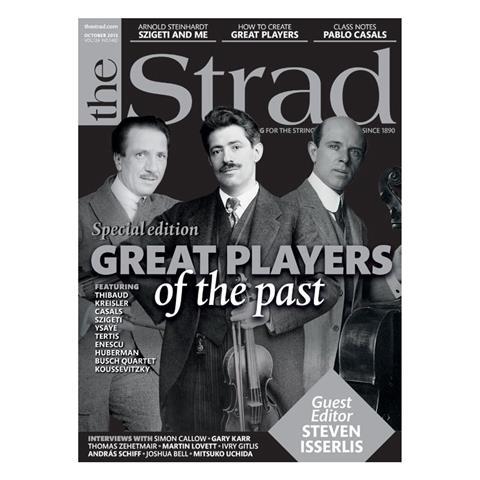 Concentration on the music itself, rather than on performance, is the key. Giving classes in many schools around the world, I have found time and again that, even if students take theory and harmony classes, they don’t think to relate what they have learnt there to the work they’re interpreting; nor are they taught to do so. Many is the time that I’ve asked a student to point out to me the three main subjects of the Brahms sonata (for instance) that they’ve just played. An embarrassed silence ensues. I ask them whether, when they read a novel, they like to know who the main characters are — and what happens to them. The answer is (usually) yes. So, I continue (rather annoyingly): ‘Then why not apply that to the story you’re telling us — the sonata that you’ve just played?’ Or if I’m feeling particularly childish that day, I wail, in a whiny-brat voice: ‘Tell me a story!’ That often works better, in fact.

One main reason that players tend to understand the score less well these days is that they learn their interpretations from recordings. ‘Oy vey’ is all I can say to that. I LOVE recordings —well, good ones; without them we would have lost all the players featured here as irrevocably as we have their predecessors. Recordings can inspire us, and they can enrich our lives; but they are also dangerous. As a general rule, one should try to avoid listening to recordings of a work one is studying. Of course, there are times when one has to listen —when one really needs to hear how a complex score sounds, or when the composer has made a recording of their own work. Even then, however, one should keep listening to a minimum. Too many people churn out carbon copies of the recordings they hear, instead of engaging directly with the composer through the score. Paradoxically, the more an interpreter studies the composer’s markings, the more different that interpreter’s performance will sound from anyone else’s.

Finally, the question arises: would the players featured this month have ‘made it’ in today’s music world? I think that the answer is yes. A few adjustments might be needed here and there — fewer glissandos, for instance, in some cases. But for those who say that technical standards are much higher now than they were then — I’m not convinced. Perhaps recorded performances are more accurate these days, because we have many more takes in which to get every note right. But even that accuracy is more to do with dexterity than with real technique. Surely the true aim of technique is the ability to relax, to be free to listen, to be sufficiently in control to shape the phrases as the composer intended. In this way, I’m not sure that we’ve really progressed. All the artists in this month’s issue were able clearly to communicate their visions of the works they played, without being held back by technique, or lack thereof; and that’s what matters.

Audiences need the messages behind great music now as much as ever — and they always will; that’s why, for all the cheerfully gloomy prognostications of the ‘experts’, classical music will never die. But it is up to us performers to keep our messages simple, clear and direct, as Ysaÿe, Casals et al did. On which finger-wagging note I shall now shut up, and leave you to peruse this celebration of wonderful, charismatic personalities from the past; and I hope you enjoy spending time in their company!

The print version of the October 2013 issue is sold out, but it is still available as a digital edition here