Open to applicants aged 21 or under, the contest is due to take place next year at the UK's Birmingham Conservatoire 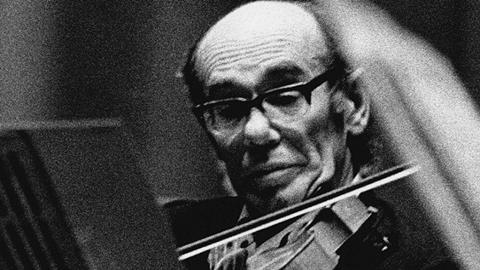 The second Cecil Aronowitz Viola Competition, due to take place next year at Birmingham Conservatoire’s newly constructed £57m home, is currently inviting applications from international violists at the age of 21 or under at the time of the competition.

Running from 18 to 24 November 2017 in Birmingham, UK, the competition offers a top prize of £5,000, a recording contract with Champs Hill Records, and an award in collaboration with the City of Birmingham Symphony Orchestra. The contest is hosted in conjunction with the British Viola Society and Birmingham Music Service, and named after acclaimed South African violist, Cecil Aronowitz (pictured).

Applications for next year's contest close on 31 March 2017. For full details and to apply visit the Birmingham Conservatoire website.