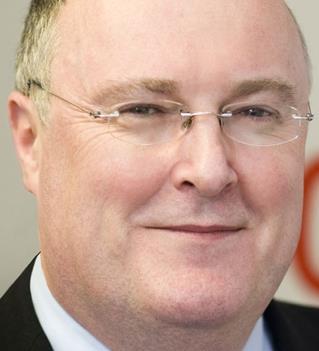 BBC Radio 3 has named Alan Davey as its new controller. Currently chief executive officer of Arts Council England, the 53-year-old replaces Roger Wright, who stepped down several months ago after 15 years in the role to become chief executive of Aldeburgh Music. Davey joins Radio 3 in January 2015.

‘It is an honour to be asked to lead this wonderful institution and to renew it for the digital age, helping new audiences to encounter the wonderful things serious music and culture can bring,’ he said. ‘I stumbled upon Radio 3 when I was a teenager, and it opened a door to an endlessly fascinating world of sound and thought that has nourished me ever since. I want everyone to have that chance and am proud to be able to make sure they will.’

Davey has served as chief executive of Arts Council England since 2007 and was director for culture at the Department for Culture, Media and Sport from 2003. His new position for the BBC also involves responsibility for the BBC orchestras, including the BBC Symphony and Philharmonic, and BBC Singers, but will not include direct leadership of the Proms as it did under Wright, as a new director of the eight-week summer season is to be appointed in due course.

‘Alan Davey has a formidable track record in the arts and a depth of understating only matched by his passion for classical music,’ said BBC Director General Tony Hall.  ‘His appointment marks a new chapter in the Radio 3 story - one that will extend and grow its rich history of excellence, innovation, and distinctiveness.’