The American String Quartet heads for the Cape Cod Chamber Music Festival, enticed by the invitation to perform Schubert's Quintet – and the promise of fresh lobster 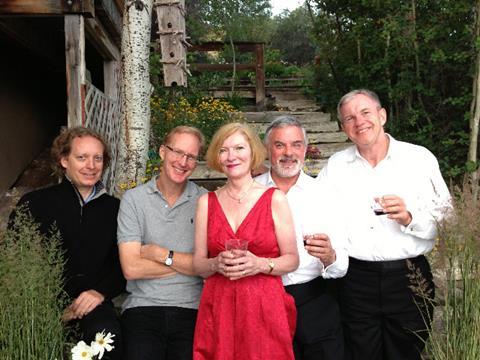 Familiar as we are with the charms of Aspen, what could induce the Quartet to move on? For one thing it’s not easy to get really fresh lobster in the middle of the continent; for another, we were invited to perform at the Cape Cod Chamber Music Festival. It has been quite some time since we were last there and in the intervening years the board (and audiences) of this 32-year-old festival became attached to the Tokyo String Quartet (a preference one cannot fault). So in light of that group’s graceful end we were unapologetic in accepting the invitation – all the more so since we were asked to include the Schubert Quintet with our old friend, cellist Clive Greensmith on our programmes.

The Cape Cod Chamber Music Festival was launched by a friend of even longer standing, the late Sam Sanders, and continues his laudable work at bringing music to the entire Cape. This means, among other things, concerts in several different towns, which in turn means plenty of travel time, most often on two-lane roads chock full of summer tourists. Picture the Long Island Expressway on weekends or the M25 around London at any time. Other features are free admission to any and all under the age of 18, which is enlightened, and artist housing with local supporters – of which we were instinctively leery. But after the first minute inside my new home I was at ease: not only did my hosts have a quartet of instruments on display, framed by photos of legendary ensembles, my hostess was well acquainted with one of my few heroes in this field, Eugene Lehner, violist of the Kolisch Quartet. So we immediately fell to exchanging Lehner stories, including Kolisch’s performing Schubert for memory (as they did all their repertory). The American String Quartet (ASQ) and Clive probably could have too – but we didn’t.

Until recently Clive taught at the Manhattan School of Music, where the ASQ has been in residence since 1984, so we availed ourselves of rehearsal time with him in late May, before the onslaught of summer travel. The Tokyo members have reached the same conclusions we have about the alternative repeat schemes in the Scherzo and Trio, which came to light when the Urtext editions were published. For those readers with scores to hand: in the second section of the Scherzo the repeat to the double bar is made from bar 186, second beat (rather from the end of the Scherzo). The principal advantage is that the blazing cadence serves as a coda, being heard only before the Trio and at the movement’s very end. In the Trio, the second time through the second section one cuts from the end of bar 35 to the pickup to bar 43, which produces near-symmetry with the shape of the Scherzo. Naturally if Clive had objected we were prepared to restore those bars, but in the event the five of us were of one mind.

We converged on the Provincetown Art Association and Museum and began the concert with our familiar Haydn String Quartet op.77 no.2. Then Janá?ek’s String Quartet no.1, this time in the theatrical version we sometimes do: the audience is let-in on the secret of Tolstoy’s text behind Janá?ek’s score, and we lead them through the tale from innocent music-making through suspicion, jealousy and bloody murder. They seemed a pretty peaceable crowd but clearly some elements of the story resonated with the longer-married couples. And then, to cheer things up, Schubert’s matchless Quintet, followed by chowder and other delights from the sea.

The following evening found us in Cotuit at the Center for the Arts. Same Haydn, pleasure undimmed, and then the Shostakovich String Quartet in F major no.3. We make a point of including in our programmes the keys both to underscore (for the timorous) that Shostakovich composed in (and around) keys but also to lament that he did not live to complete his project of writing quartets in all 24 keys. And for the many who have had their fill of the (over-played) no.8, we cannot recommend no.3 highly enough.

There being only one Schubert Cello Quintet, we have to get by, but during our performance a couple of old friends in the audience sensed a particular exuberance to our finale. We admitted afterwards that it was our final concert of the summer before a long-awaited break. And more lobster.