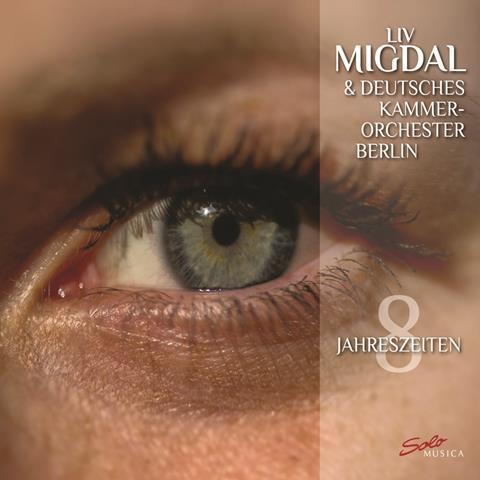 Pairing The Four Seasons with Ástor Piazzolla’s clever piece of nuevo tango homage is not a new idea, for obvious reasons. Violinists and ensembles all over the world have recorded the ‘Eight Seasons’ (indeed, most with the same album title), including Gidon Kremer with the Kremerata Baltica some 16 years ago.

The German violinist Liv Migdal, directing the Deutsches Kammerorchester Berlin, puts the full works side by side instead of pairing each season together as Kremer and others have. It is a sensible approach, allowing the Vivaldi – though not performed here on Baroque instruments – to inhabit its own sound world without interruption. The performance itself is enjoyable, for example with plenty of bite and fury in the Presto of ‘Summer’ and hazy lyricism in the slow movement of ‘Spring’.

If the ensemble playing is occasionally loose and the sound a little too resonant, in the Piazzolla those problems dissipate. Migdal leads a rhythmically charged performance, underpinned with verve by double bass and cellos. The overall effect is more comfortable, and Migdal’s playing benefits from the warmth of her vibrato, leading to some sumptuous moments. The orchestra follows her lead like a dancing partner. Occasionally, as in the cadenza-style climax of ‘Primavera Porteña’, Migdal’s playing can be a little rough; but she captures the humour and swing of Piazzolla’s spirit, and that is what counts.