6 ways to improve your ensemble playing

Advice on rhythmic, intuitive and tuneful ensemble playing from The Strad's archives 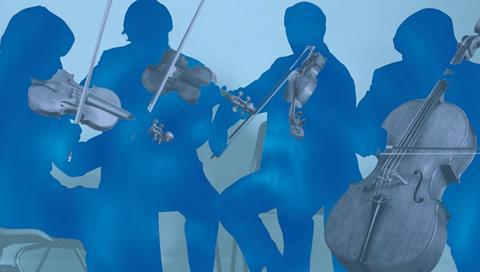 When once a quartet party is formed, intuitive playing together ought to be the main and definite idea to which the players should devote their attention, and which only comes by constant practice. To attain this, great attention must be given to all markings of the composer, such as 'piano' and 'forte' passages, 'crescendos' and 'diminuendos'.

Forget about democracy; I believe very deeply that the first violin should be a natural conductor. He or she has to know the piece before coming to the first rehearsal, and should have marked the score in detail – not only bowings but even sometimes fingerings. Of course there will be discussions and arguments, but not at the first stage. The idea is to have all the instruments sounding as one. That’s what a string quartet is – one instrument with 16 strings, and more importantly, one mind.’

As a rule, if the top and bottom are in tune, the middle voices quickly adjust. An ‘in tune’ illusion in unison can be achieved by an adjustment in dynamics. At times to achieve clarity in intonation one, two, three, even all of the players perform less than the indicated dynamics. Thus in a unison passage marked ‘forte’, the first violin and cello play ‘forte’, while the second and viola play ‘mf’. The resonance of a 'forte' unison passage depends to a great degree on the clarity of intonation rather than on the degree of dynamic intensity.

The second violin part is of equal importance with any other string parts. It is a portion of the whole, just as the third or fifth is part of a chord. The accompanying figures such as one finds in works by Haydn are dull beyond measure if played in a meaningless or lifeless manner. Melody plays itself, but accompaniment requires real artistic treatment, an insight into how it is meant to sound and as good a command of the necessary technique as possible.

Without rhythmic unity there can be no ensemble. The most important aspect of rhythm is flexibility, and not metronomic ‘time’, though this may be one of its functions. Unless specifically called for by the composer, minute accentations of the basic pulse should be avoided. It may be helpful in keeping one’s place but it creates a metric accent which confines the music to the rigidity of a rhythmic straight jacket.

Four people, whose sole connecting link is a skill in playing stringed instruments, come together and something magical happens. Over and above the voices of two violins, viola and cello, a fifth voice can be heard, a corporate personality that is more than just the sum of its parts.