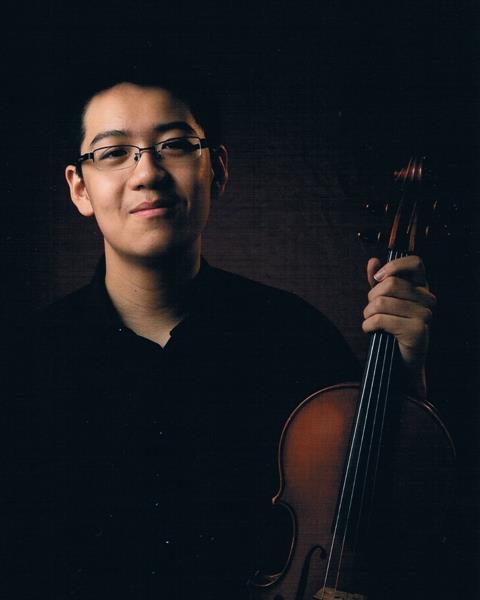 Zhanbo Zheng, aged 17, has been named the winner of the 2014 Primrose International Viola Competition in Los Angeles. The Chinese violist receives a cash prize of $5,000, a gold-mounted bow from Arcos Brasil and concert appearances in the US and Europe. Second prize was awarded to Manuel Vioque-Judd of France and third prize to Cong Wu of China.

This year’s competition took place between June 8 and 14 at the Colburn School in Los Angeles, culminating in a concerto round in which three finalists performed with the Santa Barbara Chamber Orchestra. Zhanbo Zheng’s rendition of Britten’s Lachrymae ultimately won him the top award. A student at the Beijing Central Conservatory of Music with Professor Shaowu Wang, Zheng also won first prize at the Villa de Llanes International Viola and Cello Competition in 2010.

The Primrose Competition was founded in 1979 – when William Primrose chaired the jury – as the first international competition solely for violists, and has been organised through the American Viola Society since 1986. This year’s edition, which was postponed from January to June, received entries from Australia, Belgium, Canada, China, France, Italy, Japan, New Zealand, Romania, Russia, South Korea, Sweden, Switzerland, the United Kingdom and the United States. Thirty quarter-finalists were invited to compete for awards.