Writing a violin concerto in the 21st century

Composer Nimrod Borenstein, who has written a new violin concerto for Dmitry Sitkovestky, writes about historical precedent, expectation and the challenge of beauty 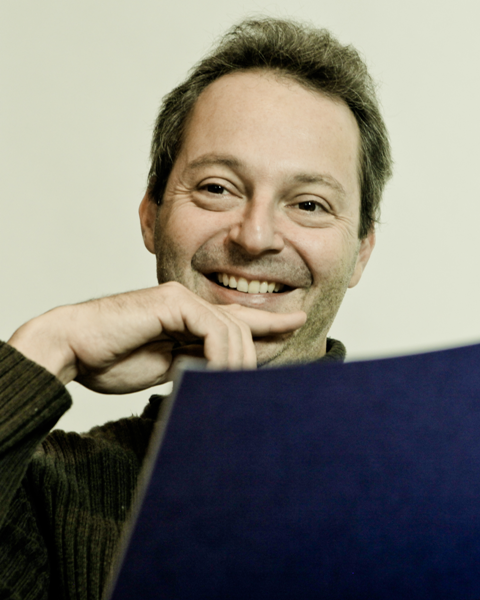 A couple of years ago, in a moment of inspiration, I decided that I would spend the next decade or so writing concertos for all sort of instruments. As a violinist myself it is not surprising that I started this project with concertos for string instruments; a cello concerto (premiered in July 2013) was followed a year later by a violin concerto for Dmitry Sitkovetsky, which will be premiered this month.

The concerto is a form that fascinates and inspires me. Feeling that the creation of contrasts is one of the central tenets of music and arts in general, I love the endless possibilities the concerto offers in contrasting the full orchestra against the soloist. For me the soloist is a metaphor of the human being and I tend to develop the soloist’s line as theatrical monologues and dialogues with the orchestra in which the main character reveals his most intimate feelings and thoughts.

Since I started composing as a young child it has always been my main desire to write music that would stand proudly next to my gods, which at that time were Beethoven and Bach. Since most composers of the past have written concertos, the form is an ideal candidate to allow one to confront the great music of the past and the burden of history. Even before starting writing a single note of music I felt the weight and fear of the task. But are not challenges the spice and excitement in life?

After choosing the desired size of the orchestra, my first choice was deciding on the length of the work. Was I going to follow the line of ‘short’ violin concertos (Bach, Mozart, Mendelssohn, Prokofiev) or the one of ‘big’ concertos like Brahms, Sibelius, Elgar or Shostakovich? Having just finished a ‘short’ cello concerto – and very eager to make a mark on a subject so close to my heart – I decided on the ‘big’ model.

The second question, still a formal one, was the number of movements I would write – three or four? After writing my first movement which was essentially fast-paced, I wrote a second movement that was romance-like. Though, whilst it was lighter and slower than the first movement, it was not a slow movement. Since I am always mindful of the necessity of contrasts in music, and I wanted to end the concerto with a fast fiery movement, I therefore needed the third movement to be very slow to allow for maximum contrasts. This therefore had to be a four-movement concerto.

I did not listen to other violin concertos before starting to write my own; after all, I know most of them by memory, having loved them all my life. The concerto is very much a gladiatorial experience for the soloist but one should not forget that it is also an experience of tremendous importance for the composer. The soloist has to fence with the many artistic and technical difficulties but so does the composer in facing the glorious ghosts of the past.

Central to my composing a violin concerto in the 21st century, was the concept of virtuosity – so essential to this form. I conceive virtuosity as not only the capacity to play fast and precisely, but even more essentially as the mastery of colours and nuances and the individuality of the voice. I have searched, and hopefully found, many new ways of writing for the violin including new double-stopping techniques, unusual combinations of notes as well as a complexity of rhythm. In all this search for novelty and renewal in virtuosic writing, it was always important for me to give the best light to the unbelievable beauty of the violin sound.

Nimrod Borenstein’s violin concerto will be premiered by Dmitry Sitkovestky and the Oxford Philomusica, conducted by Marios Papadopoulos on Saturday 17 May 2014.