‘When you are on a hill, the sound is good’ 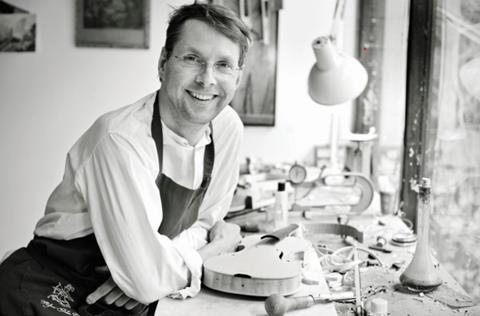 This excerpt comes from an interview with the German violin maker, published in The Strad April 2016 issue. Here, in our tenth quote of the festive season, he describes with vivid imagery the process of finding a new instrument’s sound

Sound adjustment is paramount to Greiner’s work. He experiments until he finds the sound that he wants – generally ‘a rough sound that is characterful, with different colours’ – by filing off a bit here or there, tweaking the bridge and soundpost, and doing whatever his instincts tell him. Each adjustment is infinitesimal. ‘A luthier moving a soundpost is like a blind person walking through a field of hills and valleys,’ he explains. ‘When you are on a hill, the sound is good; then you continue to move in the same direction and the sound gets worse, and then better again. The process isn’t linear. With most of the adjustments I do on the violin or viola, I hear or feel them under my fingers and bow. If something works, I can feel it immediately: every tone has a beginning, like a vocal line that starts with a consonant.’

It is a highly delicate task, as serendipitous as it is scientific, and highly time-consuming. In fact, says Greiner, adjusting an instrument to reach its full potential can take as long as building the thing in the first place. For this reason, many instruments are not adjusted as well as they could be. ‘I know how much effort people put into adjusting a Strad compared with what they do to a Vuillaume,’ says Greiner. ‘A Strad is worth 20–30 times more, so you try everything: you try another bridge, you try this, you try that, because you know it has the potential to sound better.’ So if luthiers put as much effort into setting up Vuillaumes and contemporary instruments as they do Strads, could they be as good? Unquestionably, he says.