Albert was a founding member of contemporary ensemble Eighth Blackbird 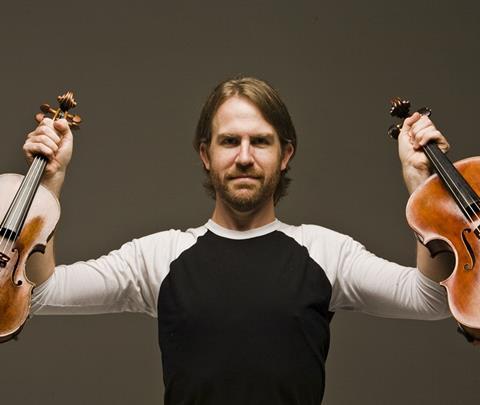 The University of Michigan School of Music has appointed violinist/violist Matt Albert as the first chair of its new Department of Chamber Music, launched in autumn 2015.

Currently director of chamber music and of the SYZYGY contemporary chamber ensemble at Meadows School of the Arts at Southern Methodist University, Albert was a founding member of contemporary music sextet Eighth Blackbird, with whom he received numerous awards. He will begin his tenure at the University of Michigan in September 2016.

‘We are thrilled to have Matt join SMTD in this critically important new role,’ said Aaron Dworkin, dean of SMTD. ‘His incredible musicianship, breadth of accomplishment across multiple genres and proven track record as a pedagogue make him uniquely qualified to lead this new department. I have no doubt he will develop it into an unrivaled incubator for the chamber arts, contributing significantly to the success of our students as well as the growth of the field.’