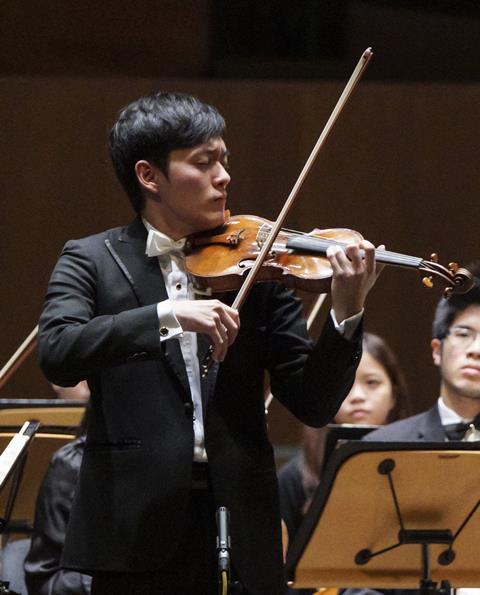 Taiwanese violinist Yu-Chien Tseng has signed a recording contract with Deutsche Grammophon. The 21-year-old musician will release his first album for the label at the end of December, including works by Mozart, Tartini, Ernst, Chopin, Tchaikovsky and Wieniawski.

A regular on the competition circuit, Tseng won second prize in the violin section of the Tchaikovsky Competition in 2015 (no first prize was awarded) and first prize at the inaugural Singapore International Violin Competition in January 2015, earning the top prize of $50,000 and a Naxos recording.