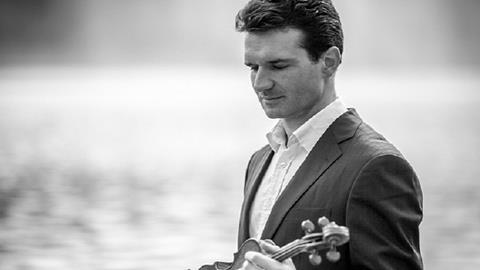 A graduate of the Paris Conservatoire, Roussev is a laureate of the

'>Indianapolis and the Long Thibaud violin competitions, and winner of the inaugural Sendai International Violin Competition in 2001.

In 2000 he was appointed leader of Orchestre d'Auvergne and in 2005 became leader of the Orchestre Philharmonique de Radio France. He was also concertmaster of the Seoul Philharmonic Orchestra between 2007 and 2016.

'> is a professor at the Paris Conservatoire, as well as artistic director and artist in residence of the Sofia Philharmonic Orchestra.