The competition is dedicated to contemporary music and open to instrumentalists, singers and ensembles 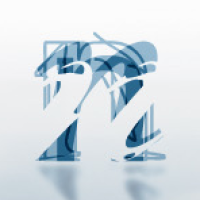 Violinist Sofiia Suldina has won the 2015 Concours Nicati – a biennial Swiss competition dedicated to the performance of contemporary music, and this year held between 4 and 9 September in conjunction with the Bern Music Festival.

The competition is open to instrumentalists, singers and ensembles aged up to 35 years of Swiss nationality or who are resident in Switzerland. All works performed throughout the contest must be written after 1950.