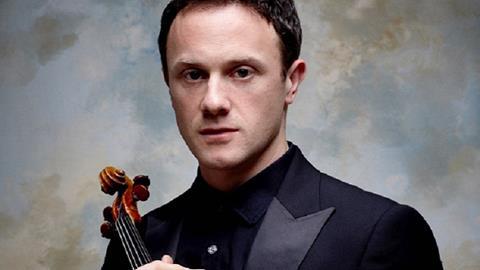 I spend a lot of time thinking about all the years of lessons I had as a student learning to play the violin - first as a child in London, then as a teenager around Europe and finally as a college student in America. Not forgetting the countless masterclasses and summer schools in which I would diligently take part as I grew up.

But through all those thousands of hours of lessons, only a handful of things I was taught have really, truly stuck with me. One such thing was a wonderfully simple piece of advice given by Ruggiero Ricci - a man I idolised as a violinist, and of whom I was hugely fond, both as a teacher and later as a friend.

Ricci told me that when he sat on competition juries, young violinists who could play (1) in tune, (2) with good rhythm and (3) with a really nice sound, would almost certainly win the contests hands down. This seemed so simple, but I mention it nearly every time I hear a student, and I think about it constantly when I practise myself.

So how to tackle these three commandments?

This is a lifelong battle that most of us never truly win. Ricci spent a lifetime educating students on the importance of scales for intonation - something I’d neglected until I met him, but have definitely made up for since.

Double stops were his favourite - how he loved his scales in thirds - but also those less obvious variations, such as one finger scales on a single string (surprisingly hard to do in tune). He would then add sixths, octaves and tenths.

Then there were fingered octaves, which are so important for strengthening the hand, and broken thirds, as showcased in the beginning of the Beethoven Violin Concerto. You can practise the latter while holding down an A on the piano, giving you a drone tone to keep your intonation honest. (He also told me I could practise these standing on a piano stool so I wouldn't move around too much.)

I was often told by Ricci that violin practice was as much about ear training as finger training. If you’re not properly listening, you may as well not be doing it. (So probably best to turn the TV off while practising, I decided.)

He also loved the idea of a soft left hand - supple, smooth and above all completely efficient. If your hand is stiff, how can you play in tune? 'Move up and down the fingerboard as if you're playing under water,' he would say.

The metronome will keep you honest and should be every violinist’s best friend. If you haven't got the wonderful little figure of Ricci himself, sitting in his chair, either stamping his foot or whacking his carbon fibre bow on the stand in front of him while you play, you are going to need a good metronome.

Ricci did this endlessly - indeed he bought the carbon fibre bow especially for that purpose. The idea was that beautiful phrasing comes from having a constant and unwavering pulse within you, and that freedom comes from understanding your constraints. It isn't that you shouldn't take time, or create rubato - of course you must - it’s that you should know that you are doing it.

We’re all aware that when practising something fast, like the last movement of the Tchaikovsky Concerto, that we can use the metronome to avoid rushing. Indeed, Ricci would take this further by setting the metronome as slow as it would go, and playing precisely two full bars in between each beat - to really feel comfortable that he was playing accurately.

But it’s also vital not to neglect slow playing - it’s just as important to know where the beat lies in a slow melodic passage, when the temptation is to slow down every time you’re enjoying the end of a phrase.

Ricci was a master of this, all the time pointing out his students' failures to maintain the pulse.

Of these three vital violin techniques, making a great sound is, I believe, the one most capable of covering up other sins. If you were to make a truly extraordinary sound, a Fritz Kreisler sound or a Nathan Milstein sound, you could play as out of tune as you liked and I’d personally still want to listen to you.

And that was just the bow.

For the left hand, vibrato was king. A constant, round and warm vibrato was the aim, and even in faster passages some kind of movement of the left hand kept the sound soft and colourful. Unless you are Ivry Gitlis (and let’s face it most of us aren’t) do not attempt to play without vibrato.

Above all, listen to the sound you are making. Turn the lights out so your ears are sharper, and listen to yourself like your life depends on it.

Yet despite all this thought, experimentation, discussion, research, study - and above all practice - one piece of Ricci's advice was timeless...

When a student in a masterclass pressed on and on with the question of where exactly his bow should be on the string, Ricci replied 'Listen kid, you're thinking too much. You'll never be a great violinist if you think so much.'

Matthew Trusler is the Co-Artistic Director of Lincolnshire International Chamber Music Festival and will perform in several concerts in this year’s programme (29 July – 6 August 2017). Visit www.licmf.org.uk for more information.

Trusler’s latest recording of Prokofiev Violin Concertos is out now on Orchid Classics.