Californian, 26, will lead the orchestra from 1 October 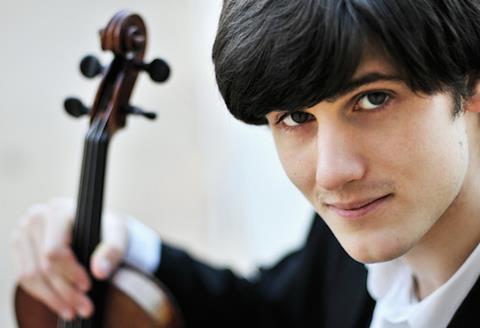 The Santa Cruz Symphony in California, US, has announced that solo violinist Nigel Armstrong will become its new concertmaster from the start of the 2016–17 season.

A California native, 26-year-old Armstrong studied at the Colburn School and the Curtis Institute of Music. He has won prizes at the Tchaikovsky and Menuhin violin competitions, and has played with the Dusseldorf Symphony, the Los Angeles Chamber Orchestra and the Boston Pops Orchestra among others. He plays an 1888 Joseph Hel violin with a Eugène Sartory bow.

‘I am greatly looking forward to making music with the Santa Cruz Symphony,’ said Armstrong. ‘It’ll also be a joy to play a role in the Santa Cruz community – I used to come with my grandparents when I was a child and I have many fond memories of this special and beautiful place.'