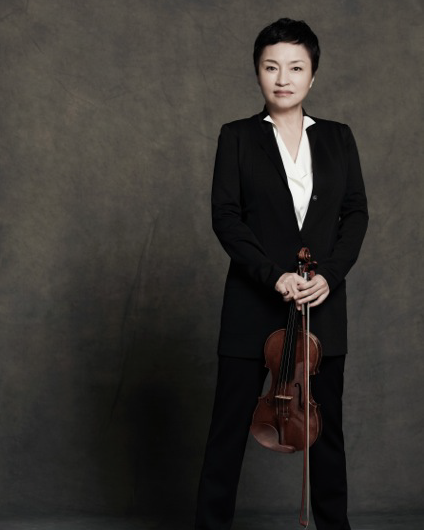 Kyung Wha Chung is to return to the UK for the first time in twelve years to give two comeback recitals. The Korean violinist will perform with pianist Kevin Kenner at St George’s Hall Concert Room in Liverpool on 22 November and at London’s Royal Festival Hall – where she made her UK debut in 1970 – on 2 December, in a programme of Mozart, Prokofiev, Bach and Franck.

‘Going back to Britain is like a homecoming for me,’ she said. ‘From 1961 through 1970, the US was my home. And then I had that explosive debut in London. British fans have been loyal to me ever since.’

Chung made her official return to the stage in 2010, performing Brahms's Violin Concerto with the Philharmonia Orchestra under Vladimir Ashkenazy in Seoul, following a five-year break due to a finger injury. During that time, the Juilliard School professor devoted her energies to education, mentoring young musicians and giving charity performances in Rwanda and Korea.

‘Retiring from the public stage brought on a period of great introspection,’ she said. ‘I had to re-evaluate my life completely – my values did not marry up with my own capabilities. I just took it as a calling – I had been blessed and now it was time to give back.’

A commemorative box set of Chung’s complete recordings for Decca Classics will be released on 3 November in the lead up to the 45th anniversary of her record deal with the label next year.