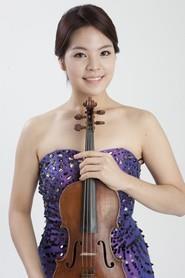 The winner of the fifth Windsor Festival International String Competition has been named as Ji Yoon Lee. The 22-year-old South Korean violinist performed a recital of Ysaÿe, Prokofiev and Wieniawski in the final, held at Windsor Castle on 20 March. Currently studying for a Master’s degree at the Hochschule für Musik ‘Hanns Eisler’, Lee also won first prize at the Fifth David Oistrakh International Competition in Moscow in 2013.

Lee receives a concerto performance with the Philharmonia Orchestra at the Windsor Festival in September, a £5,000 cash award, a fine contemporary bow to the value of £5,000 from Bishop Instruments and Bows, and a solo recording on Champs Hill records.

The winner of the Fourth Windsor String Competition was violinist Benjamin Baker.