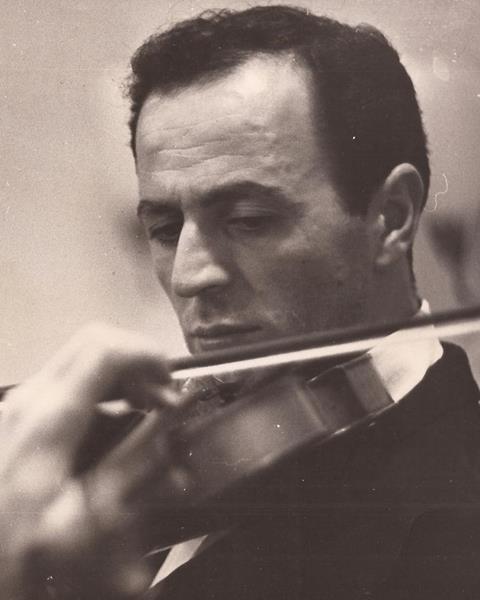 French-Armenian violinist Jean Ter-Merguerian has died just a few days shy of his 80th birthday. Born in October 1935, the musician and teacher studied in Yerevan with Professor Karp Dombayev and later at the Moscow Conservatory in the class of David Oistrakh.

A multiple prize-winner, Ter-Merguerian was a laureate of the International Tchaikovsky Competition, the Queen Elisabeth Competition and the Long-Thibaud Competition – which he won in 1961.

A professor at the Yerevan Komitas State Conservatory, Ter-Merguerian was a prolific performer and served on the panels of various international juries.

Watch Jean Ter-Merguerian performing the third movement of Beethoven's Violin Concerto at the Long-Thibaud Competition in 1961: