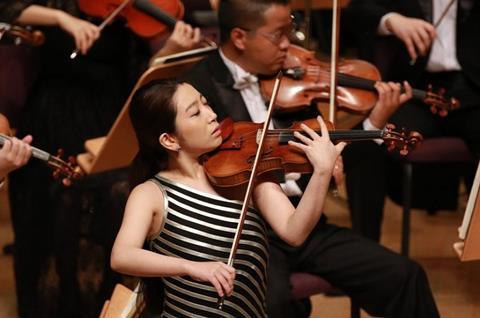 The Shanghai Isaac Stern International Violin Competition – named in honour of the great violinist who first forged links with China in 1979 – takes place for the second time from 8 August to 1 September 2018, with a grand prize of $100,000.

In an effort to broaden its talent pool, the competition has expanded its age limit from 18-32 to 16-32 and will provide travel costs and free accommodation to those reaching the public rounds. It is also offering automatic selection to applicants who have won first, second or third prize in the Tchaikovsky, Wieniawski and Queen Elisabeth competitions (exempting them from the video pre-selection round).

In addition to six core prizes – including a second prize of $50,000 and a third prize of $25,000 – there will be two special awards for Best Performance of a Chinese Work and the Isaac Stern Award – given to ‘an individual who is deemed to have made an outstanding contribution to our understanding of humanity through the medium of music’. The Chinese work will be a new concerto by Qigang Chen co-commissioned by the Shanghai Symphony Orchestra, Beijing Music Festival, Melbourne Symphony Orchestra, Orchestre National du Capitole de Toulouse and New Jersey Symphony Orchestra.