Should orchestral musicians be fearful of their conductor? 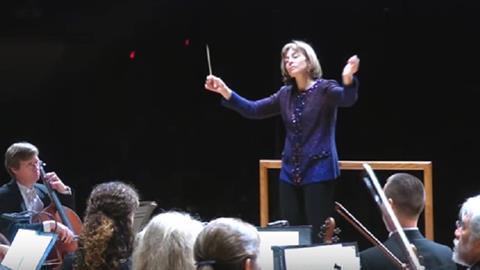 People would still have nervous twitches when they came to certain passages because the conductor was such a tyrant and so mean spirited. Ten years later they still had a physical reaction.'

Conductors and orchestral musicians speak about the relationship between maestro and players, and whether fear is motivational or damaging to a performance. Some players believe that in recent years the focus for orchestral playing has shifted from musical intent to perfect execution, which is 'killing the joy of performing'.

The clip is part of the Composed, a documentary which explores the way musicians deal with performance anxiety.

Read: Release the Fear Monster: how to conquer performance anxiety and perform at your best