Music director Manfred Honeck has brought a distinctly European flavour to the Pittsburgh Symphony. Gavin Dixon asked him how his time as a violist in the Vienna Philharmonic helped him to become the conductor he is today… 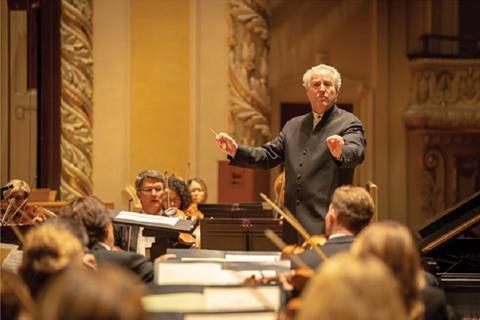 The following extract is taken from The Strad’s December 2019 issue, available to view here. To order the print edition, click here

Manfred Honeck is best known today as music director of the Pittsburgh Symphony Orchestra, whose world-class status he has consolidated over the past decade. But he never forgets his Austrian roots: he was born in Nenzing in 1958, and has spent much of his life in Vienna.‘You cannot ignore your own history. I am from Vienna and I will not deny that. I have a Viennese style of thinking.’

His goal was always to be a conductor, but his route to the podium was via the violin and then the viola. Honeck studied the violin at the Vienna Music Academy. When a viola position became vacant in the Vienna Philharmonic, he learnt the instrument in just a few months and went on to play the viola with the orchestra for ten years.

Play with vibrato, or without vibrato, if that is what the music requires. And if the expression calls for a very electric, intense sound, do it!

The string sound that Honeck has cultivated in Pittsburgh draws on the orchestra’s performing history, as well as his own background as a violin and viola player. When it comes to vibrato, he clearly knows what he wants.

‘I am a string player, so vibrato is a very important topic for me – what kind of vibrato to use, and how to express through it. Hardly any conductors talk about vibrato. It is usually just play vibrato or play non vibrato. But you can have hand vibrato, finger vibrato – many different techniques. My work in rehearsal is mostly about getting a particular sound, and that means everybody using the same kind of vibrato.

Musical expression guides Honeck’s every decision on matters of technique, but he avoids dogma. ‘There was a time when Mozart, for example, was played with vibrato on every note. Then came a period when it was political – I wouldn’t say correct – to perform it without any vibrato at all. Personally, I go with Leopold Mozart. He wrote that you can use ornaments and vibrato and other techniques, but always do it with taste. So use vibrato, but always to support expression. Play with vibrato, or without vibrato, if that is what the music requires. And if the expression calls for a very electric, intense sound, do it!’ 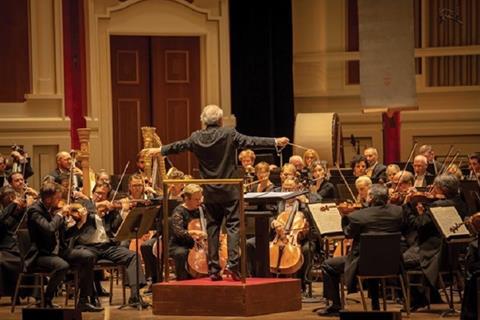 Bowing techniques are another important ingredient of the Pittsburgh sound. ‘I work a lot with the position of the bow. When I do Mozart, for example, I often want an extremely light and airy sound from the strings, and so I ask them to play sul tasto. The speed of the bow is also important. Sometimes, for example, when you have a note at the end of a phrase that is written staccato, you can pick it out and make it marcato or you can play it in a light way. But it is all to do with the speed of the bow, and in rehearsal I often spend time making sure that all the players are bowing at the same speed.

‘The musicians are fantastic,’ continues Honeck, ‘and that makes it so much fun – when the orchestra knows how to play, and you can work on the expression. In my experience, players are grateful that I know how to play and can guide them. Whether they agree or not on my interpretation is another question, but I always have the feeling that we create a unified sound picture. I work a lot with this, and the players have an excellent sensitivity to their ensemble playing. It is the reason why people increasingly recognise the Pittsburgh sound.’

To read the full article in The Strad’s December 2019 issue, click here. To order the print edition, click here