US violinist and concertmaster John Lambros has died aged 98 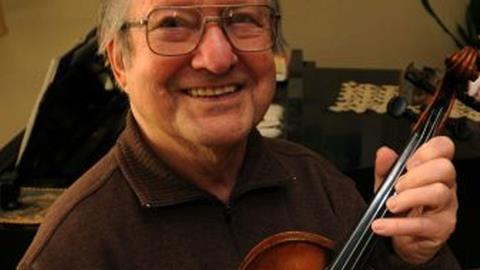 Following studies at the American Conservatory of Music and Northwestern University, in addition to post-graduate work at Indiana University, Lambros moved to Charleston in 1950, taking up a professorship at Morris Harvey College (now the University of Charleston) and assuming leadership duties with the city's symphony orchestra.