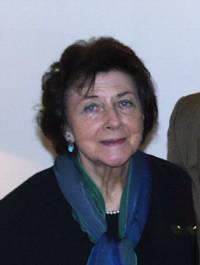 Cellist and pedagogue Gwyneth George has died in London at the age of 95. A well-regarded teacher at Trinity College of Music, London, she gave her name to the Gwyneth George Award, still presented annually to chamber music groups by the Beethoven Piano Society of Europe.

Born on 27 May 1920, George grew up in Swansea before studying at the Guildhall School of Music and Drama and Royal College of Music, where she was a student of Ivor James. She continued her studies in Rome with Enrico Mainardi and then in Paris with Paul Tortelier.

George made her Wigmore Hall debut in 1950 and performed regularly with the Argentinian pianist Alberto Portugheis in British concert halls from 1967 to 1972, as well as in France, Belgium, the Netherlands, Denmark and Sweden. In 1979 she premiered the Five Nocturnes and Cadenzas that had been written for her by the Welsh composer Alun Hoddinott. Despite her burgeoning performance career, she recorded only one commercial disc, a recording of Rachmaninoff and Shostakovich cello sonatas for the Unicorn label in 1971.

George was a professor of music in Kingston, Jamaica, before returning to the UK where she joined the Trinity staff and received an honorary diploma.