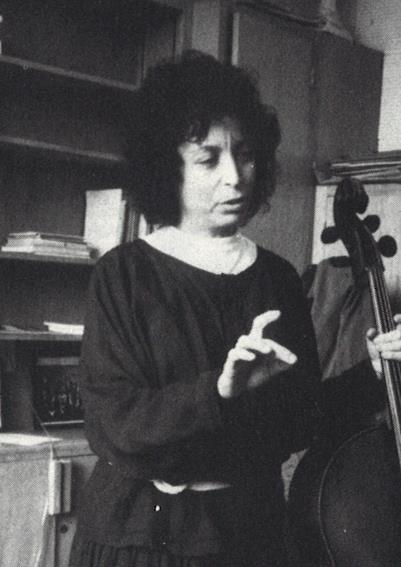 Born in 1942, Saks began learning the cello aged nine. A recipient of Fulbright and Rockefeller grants, she studied with Leonard Rose at the Juilliard School and with André Navarra at the Paris Conservatoire. Aged 20, she won the Pau Casals International Cello Competition in Israel, and was also a prizewinner at the International Tchaikovsky Competition in Moscow. She then toured internationally as a soloist.

In 1971 Saks became only the third woman ever to play in the New York Philharmonic. She spent five years with the orchestra, after which she moved to Seattle to teach at the University of Washington, succeeding Eva Heinitz. She founded the SCMS in response to the lack of classical music venues in the city, and presented more than 400 performances over its 30-year history. In 1988 she led festival musicians on a two-week tour of the then Soviet Union. She stepped down from the role of executive director in 2012, announcing violinist James Ehnes as her successor.

Photo: Toby Saks at the University of Washington in 1988