The Strad October 2015 issue is out now

The Pavel Haas Quartet speak about their namesake, their new Smetana disc and the 'Czech string quartet sound' 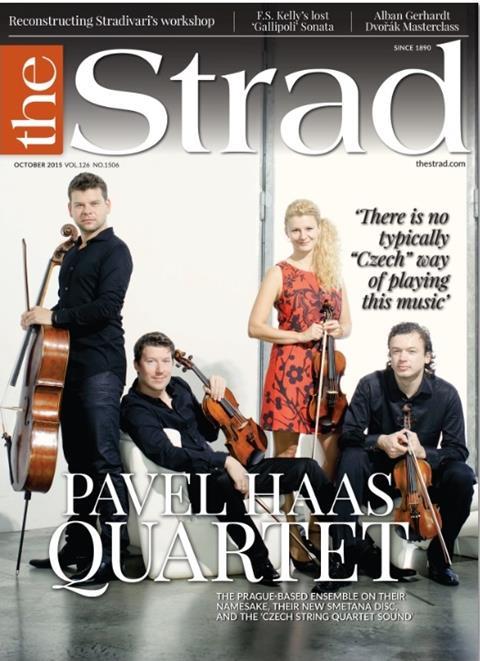 In our regular sections: In Focus gives a close-up view of a 1933 violin by Giuseppe Lecchi; bow maker Matthew Wehling fashions a drill bit for a Parisian eye in Trade Secrets; German-based luthier Ian McWilliams invites us into his workshop in My Space; Alban Gerhardt guides us through the second and third movements of Dvorák's Cello Concerto in Masterclass; double bassist François Rabbath gives tips on his left-hand pivot and crab method in Technique; US violinist Matthew Lipman takes us through his Practice Diary; string manufacturers discuss why a player's strings keep unravelling in Ask the Experts; and violinist Richard Tognetti talks about Bach’s Violin Sonata no.2 as his Sentimental Work.

The digital magazine is on sale now. The print edition is on sale from Monday 21 September 2015.