The new Tianjin Juilliard School, to be based in Tianjin, China, will open in 2019 and offer a US accredited master’s degree – the first for any performing arts institution in China 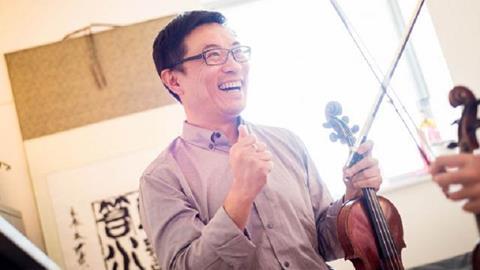 Alexander Brose, current vice president for development at the Aspen Music Festival and School, will serve as the first executive director and CEO of Juilliard's new Chinese campus, while Wei He (pictured), longtime violin professor at the San Francisco Conservatory of Music and artistic director of the San Francisco-Shanghai International Chamber Music Festival, will be the school's first artistic director and dean.

The two men, who will relocate to Tianjin later this year, will welcome the school's inaugural class of students in 2019. Over the next year Brose will supervise the development of the Tianjin administration and new building, and work with Juilliard's partners in China, including the Tianjin Conservatory of Music, 'to complete the remaining regulatory approvals'. Wei He will build the school's resident faculty and plan its artistic programming.

The Tianjin Juilliard School will offer a US accredited master’s degree – the first for any performing arts institution in China - and plans to offer a graduate programme in orchestral performance, chamber music performance and collaborative piano; a pre-college programme; an instrumental training programme; adult education; and public performances and exhibits.