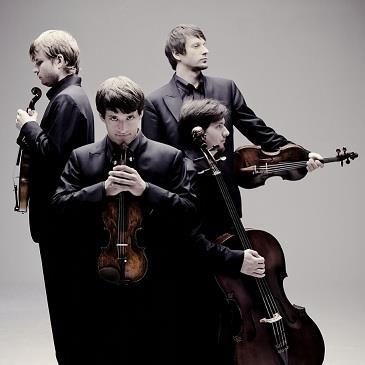 The Apollon Musagète Quartet from Poland, Israeli violinist Itamar Zorman and American violinist Benjamin Beilman are among the recipients of Borletti-Buitoni Trust (BBT) Awards and Fellowships for 2014.

BBT Awards of up to £30,000 went to the Apollon Musagète Quartet (pictured) and Itamar Zorman, while Benjamin Beilman received a £20,000 BBT Fellowship, for musicians at an earlier stage in their career.

Comprising violinists Pawel Zalejski and Bartosz Zachlod, violist Piotr Szumiel and cellist Piotr Skweres, the Apollon Musagète Quartet has already won several awards in the five years since it formed, including first prize at the 2008 ARD International Music Competition. In 2012 the ensemble was selected by BBC Radio 3’s New Generation Artist scheme, and prior to that by Vienna’s Konzerthaus and the Musikverein as its 2010–11 Rising Stars.