The Italian ensemble receives £25,000 and a specially commissioned glass sculpture 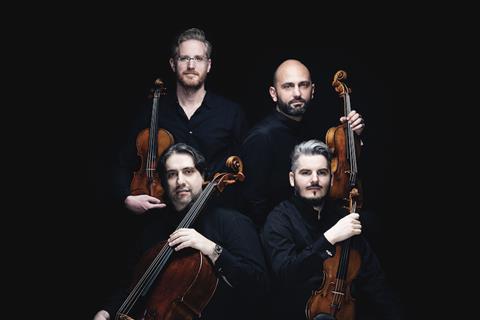 The Italian ensemble Quartetto di Cremona has won the Franco Buitoni Award 2019, receiving £25,000 and a specially commissioned glass sculpture, entitled Suono, made by Venice-based artist Ritsue Mishima. The presentation will take place on 16th April when the quartet is in Milan for a performance at Società del Quartetto.

Created by Borletti-Buitonni Trust founder Ilaria Borletti Buitoni in honour of her late husband Franco (1934-2016), the Award is for Italian musicians who promote and encourage chamber music at home and throughout the world. The inaugural Franco Buitoni Award was given two years ago to Marta and György Kurtág in recognition of their lifelong contribution to music.

‘I decided to create this award in memory of my husband who loved music so much and who founded BBT with me in 2002,’ commented Ilaria Borletti Buitoni. ‘Lieder and chamber music were his special passions that he also promoted in the role of director of Amici della Musica in his home town of Perugia.  So I wanted to focus on Italy for this second award – with Italian musicians who promote and encourage chamber music in Italy and throughout the world.  I very much admire Quartetto di Cremona and all they do.  They have developed a wonderful reputation worldwide since 2005 when we awarded them a BBT Fellowship.’

The Quartetto di Cremona’s viola player Simone Gramaglia commented:  ‘We are so honoured to receive this recognition thanks to Ilaria’s enlightened sensitivity and vision.’ He continued, ‘We know how much Franco did for music and how he loved it. It will be a special pleasure for us to honour Franco’s passion for chamber music as we continue to promote and encourage it in Italy and throughout the world.”