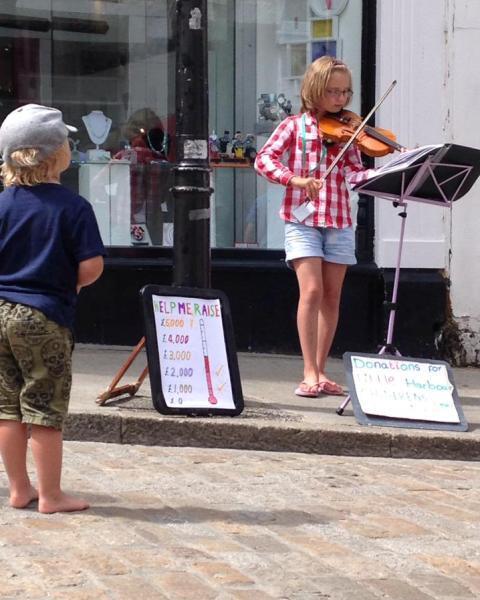 Madison Glinski originally began busking on the streets of St Ives and Truro in Cornwall, UK with the hope of raising £500 for Children’s Hospice South West. The young violinist, who began learning her instrument at the age of four and plays to Grade 4 standard, also started a JustGiving page online and has sold her toys at car boot sales to raise funds.

'Madison is very caring. She made a New Year's resolution to help poorly children and decided to try and raise £500 for the Children’s Hospice South West,’ her mother Terrasa told the Daily Mail. ‘She thought that was all she would be able to raise but so many people have donated it just grew and grew. When she started she just had her violin case open for donations but as she went on she started putting up signs saying what she was doing it for and it grew from there.’

Watch a video of Madison busking below: