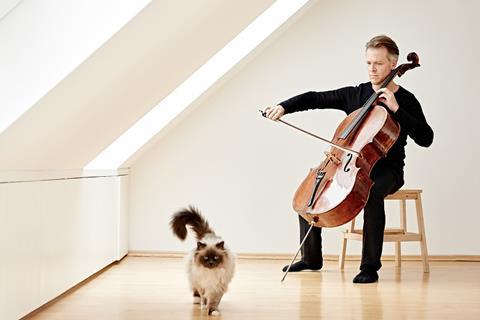 Growing up I was very jealous of my mother’s singing voice. She was a coloratura soprano who from a young age had raw talent and a natural vibrato, while my own voice was just awful. I learnt how to imitate that vibrato somewhat in my second cello lesson, and I ran screaming through the house as I might have found my real voice.

I was lucky to inherit some of my mother’s musical instinct and some of my father’s dedication and discipline. He didn’t have the same innate ability as my mother but through hard work he became a violinist in the Berlin Philharmonic.

I didn’t quite adopt his work ethic, but I still do open strings, basic finger exercises, scales, arpeggios, and all that kind of thing every time I practise. Especially at the beginning, you have to put in the hours to train your hand to navigate the unmarked fingerboard. Nowadays I do read the newspaper on my tablet at the same time, though.

Although the Bach Suites are every cellist’s bible I can’t help but think that if you asked Bach at the end of his life, he probably wouldn’t remember writing them. Compared with the solo violin or keyboard works, the Cello Suites are musically and technically much simpler.

13- and 14-year-olds come to classes wanting to play Elgar when really they should be playing Romberg.

Because of the way each prelude deals with a different technical problem, some musicologists think he might have meant them as a set of etudes, but there are no five-voice fugues to contend with, for example, and obviously there’s nothing in the Suites as complex as the violin Chaconne. Only the Sixth Suite is a real technical challenge, and even that falls short of the difficulties in the solo violin works. 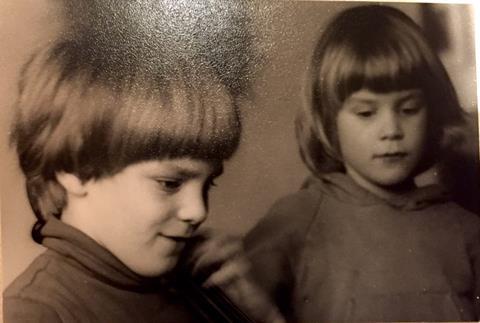 Alban Gerhardt, soon after taking up the cello

We cellists are lucky that some of our best repertoire isn’t so challenging technically. Take the Schumann Concerto, which for me is one of the hardest in the whole repertoire partly because it doesn’t – or shouldn’t – sound hard at all. Even that is ten times less awkward and virtuosic than the one for violin.

I’m very grateful that we have this heavenly music that is actually playable without too much suffering. On the other hand, it means 13- and 14-year-olds come to classes wanting to play Elgar when really they should be playing Romberg.

German orchestras have much more rehearsal time than those in the UK and their sightreading is less quick as a result. In Germany we tend to start off playing very slowly and patiently, building speed over time. This can surprise soloists and conductors visiting from overseas.

For my 18th birthday my father arranged for me to deputise for one of his colleagues in the cello section. I remember arriving at a rehearsal for Furtwängler’s 80-minute Second Symphony and being the only player who had looked at it, for which the others scolded me, jokingly. German orchestras have a saying: ‘he who practises stabs his colleagues in the back’!

This interview is from The Strad’s December 2018 issue, which can be downloaded on desktop computer or via the The Strad App, or in print