Sydney violinist Grace Clifford sweeps the board at Kendall Competition 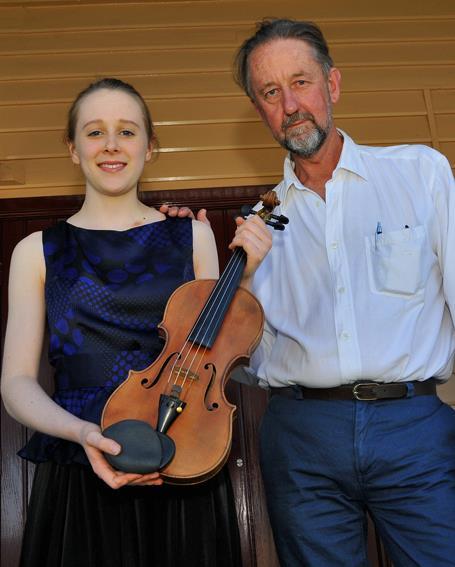 Violinist Grace Clifford has won a clutch of prizes at the Kendall National Violin Competition in Australia. The 15-year-old took the first prize, as well as the audience choice award, the Richard Pollett Sonata Prize and prizes for the best performance of a solo sonata and partita by Bach.

Clifford is a student on the Sydney Conservatorium’s ‘Rising Stars’ programme with Robin Wilson and was a finalist and laureate at the Yehudi Menuhin Competition in Beijing in 2012. As her first prize she received a viola made by Australian luthier Graham Caldersmith (pictured, with Clifford).

Benjamin Adler, also from Sydney, won the prize for the best performance of an Australian work.

The Kendall Competition is open to violinists under the age of 23.