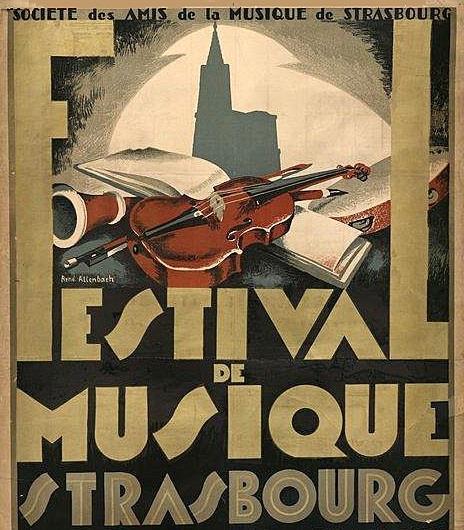 The Festival de Musique de Strasbourg has been cancelled just days before it was due to commence on 8 June due to poor advance ticket sales. The festival’s original schedule of 33 concerts had already been reduced to 15 concerts in April when it was deemed the ambitious programme would require twice the allotted budget.

It has also been reported that event organiser, the Society of Friends of Music in Strasbourg, has been running a substantial deficit.

The Strasbourg Music festival was founded in 1932 and is the oldest classical music festival in France. The first festival was opened by the Berlin Philharmonic under the baton of Wilhelm Furtwängler.