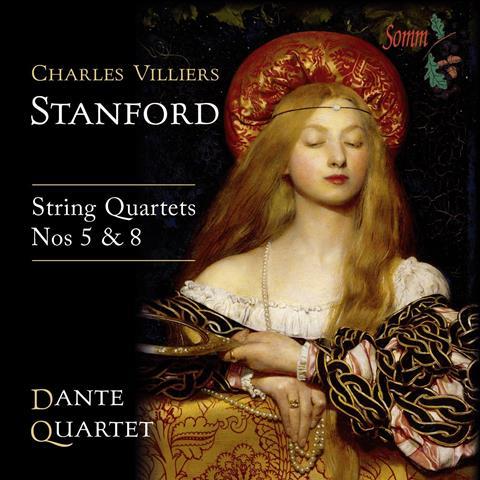 The fifth of Stanford’s eight string quartets was written in response to Joseph Joachim’s death in 1907 and performances quickly followed in Leeds, London and Berlin. Stanford regarded the legendary violinist as a seminal figure in his development and quite possibly first heard him play in Dublin as a seven-year-old as early as 1859. Nearly half a century later he was at the height of his powers and hearing this astonishing first recording of the Fifth Quartet is to recognise that here we have one of the great works of 20th-century British chamber music.

Fifty years ago hardly anybody either knew or cared how many quartets, if any, had been composed by Stanford – nobody, that is, apart from Jeremy Dibble. We owe the complete reversal of that situation today pretty much to his single-handed work in the field. And it is easy enough to believe him when he says that the powerful Eighth Quartet of 1919 – unperformed before Stanford’s death in 1924 – probably had a couple of outings in 1968 and nothing until this recording.

The music is eloquent and passionate with both rage and regret, and the tinge of Irish folk music is never far below the surface. Both quartets are idiomatically scored and these sensational performances seem to be soaked in the sheer stringiness of Stanford’s writing. They capture the fin de siècle air of music that extends the world of late Brahms into a new century with just as much validity as we now recognise in the late works of Bruch or Saint-Saens.