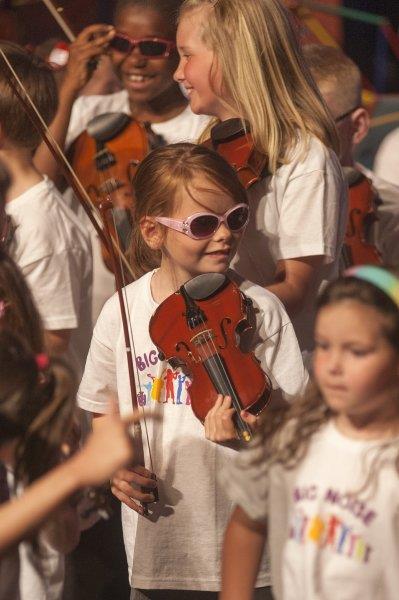 Sistema Scotland, the five-year-old youth music programme based on Venezuela’s El Sistema, has announced plans for its third children’s orchestra project in Scotland.

Big Noise Torry will be based in the Torry area of Aberdeen and involve children from several local schools. The aim is to have the orchestra up and running by 2015.

The project will be a partnership between the charity Sistema Scotland and Aberdeen City Council. Jenny Laing, the council's convener of education, culture and sport, said the project would involve ‘a number of opportunities for the local residents and the wider Aberdeen community’.

George Anderson, communications manager for Sistema Scotland, said Big Noise Torry could be seen as a homecoming of sorts for the Sistema movement:

‘In 1976 El Sistema’s founder, Jose Antonio Abreu, brought an orchestra of young people to the Aberdeen International Youth Festival, where they won a prize. That was the first time they were taken seriously in Venezuela, and the huge expansion of the project could take place.’

Around 450 children, from toddlers to teenagers, are now involved in Sistema Scotland’s original Big Noise project in Raploch, Stirling, in 2008. A second project was launched in Govanhill, Glasgow. Next month, 55 members of the Raploch Big Noise orchestra will visit Venezuela to perform at the Teresa Carreño Cultural Complex in Caracas.

Anderson added that Sistema Scotland was engaged in discussions with other local authorities around Scotland, including Edinburgh, Galashiels, Cumbernauld, Stranraer and Dundee.