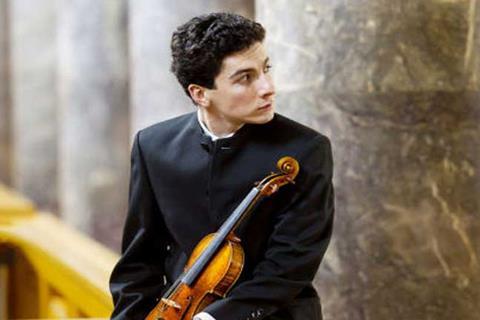 Born in Yerevan, Armenia, Sergey Khachatryan moved to Germany at the age of eight, giving his first public concert a year later in the Kurhaus, Wiesbaden. He went on to win First Prize at the VIII International Jean Sibelius Competition in Helsinki in 2000, becoming the youngest ever winner in the history of the competition. Khachatryan made his New York City debut on August 4, 2006, playing the Beethoven Violin Concerto in Avery Fisher Hall. Armenia continues to have a powerful impact on his music and Khachatryan returns for several weeks each year to visit family and friends and give public concerts. In recent seasons, Sergey has performed with the Bamberger Symphoniker, Munich Philharmonic and Orchestre de Paris. He and his sister, Lusine (piano), are regular duo partners and together they have given recitals at prestigious venues such as Wigmore Hall, Carnegie Hall and Cite de la Musique (Paris).