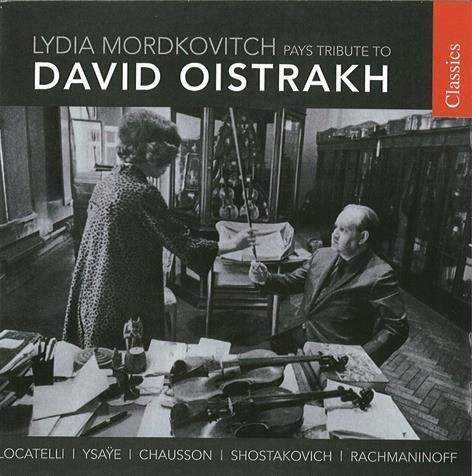 Russian-born British violinist Lydia Mordkovitch died from cancer at the age of 70 on 9 December. Born in Saratov on 30 April 1944, she was a protégée of David Oistrakh, with whom she studied at the Tchaikovsky Conservatory in Moscow in the 1960s, serving as his assistant there from 1968 to 1970.

Mordkovitch won the National Young Musicians Competition in Kiev in 1967 and the Marguerite Long-Jacques Thibaud Competition in 1969. She also taught in Kishinyov at the Institute of Arts from 1970 to 1973. In 1974 she emigrated to Israel, where she taught at the Academy of Music in Jerusalem.

It was after relocating to the UK in 1980, that her career really blossomed. She made over 20 recordings, mainly for the Chandos label, and performed regularly throughout the UK, Europe and the United States during the 1980s and 1990s. In 1995 she was appointed violin professor at the Royal Academy of Music in London.

‘To hear Lydia Mordkovitch at the peak of her interpretative powers is like being thrown back half a century when the likes of David Oistrakh, Isaac Stern and Yehudi Menuhin held sway,’ wrote The Strad of her Russian violin works recording in 2009. ‘She has never believed in half measures and here every note is played to its maximum expressive potential, whether it is a raging violin fortissimo or a gentle viola pizzicato.’