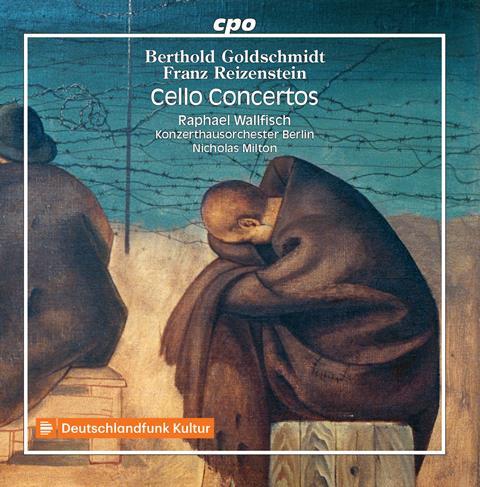 This enterprising release forms part of a series titled Voices in the Wilderness which features cello concertos written by Jewish composers who were exiled from Central Europe as a result of Nazi persecution.

Stylistically the two composers presented here have much in common. Both settled in England and wrote in an edgy tonal idiom laced with intricate counterpoint. This represented the so-called new objectivity that was fundamentally a reaction against the over-laden Romanticism of some earlier 20th-century composers.

In terms of reception, Franz Reizenstein fared somewhat better than Berthold Goldschmidt, perhaps because he was young enough to have studied at the Royal College of Music with Vaughan Williams, and establish himself more strongly within the British tradition. Things were considerably more difficult for Goldschmidt, who at the time of his exile was an established composer in Germany.

Of these two concertos, Goldschmidt offers a more defined voice, with striking material and a lean sense of orchestration that references Mahler at times. The opening movement is dramatically arresting, and the ensuing Caprice mélancolique is deeply felt and projected with great ardour by Raphael Wallfisch.

Reizenstein demonstrates remarkable technical fluency in his Concerto, albeit stylistically very much in the shadow of his first teacher, Hindemith. Strongly linear in orientation, the orchestration sounds a little cluttered and the musical language less individual.

However, Wallfisch and the Berlin Konzerthausorchester under Nicholas Milton give a bravura account of the strongly virtuosic material in the outer movements, and an eloquent reading of the more lyrical Lento.