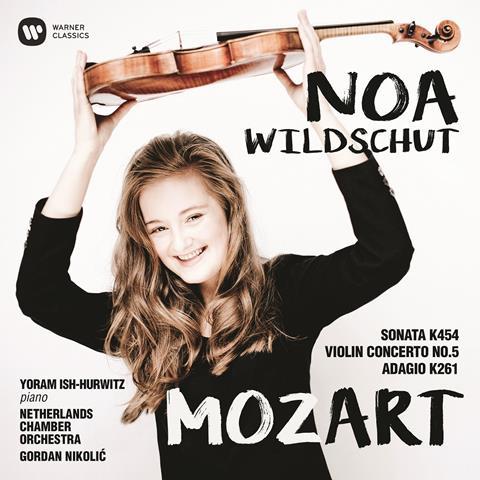 Fifteen years of age at the time of the recording of this, her debut CD, Dutch violinist Noa Wildschut is certainly a talent to be reckoned with. A student of Coosje Wijzenbeek and Vera Beths, and now an Anne-Sophie Mutter Foundation scholarship holder, Wildshut displays an engaging musicianship well beyond her years. Wildschut presents her credentials immediately in the A major Concerto’s slow introduction. Her awareness of historically informed performance practice still hasn’t been quite internalised but, in spite of a few ungainly accents, mainly on final notes, her interpretation is a fine achievement and a harbinger of even better things to come.

The slow movement’s undulating melody sneaks in delightfully, and the Rondo’s episodes are vividly characterised by both soloist and the agile orchestra, the players of which are on their collective toes throughout under Gordan Nikolić’s stylish leadership. The cadenzas – credited to the Dutch composer Max Knigge in collaboration with Wildschut – are rather reminiscent of Joseph Joachim’s. They are on the long side, particularly the Rondo’s central one, which is much more expansive than would seem appropriate for the Eingänge (lead-ins) required at such points.

Yoram Ish-Hurwitz (Wildschut’s uncle) partners her thoughtfully in K454. Occasionally mannered phrasing and rubato are compensated by magical moments such as the piano with which she begins the Andante. Balance and sound quality are of a high standard throughout. The short accompanying DVD has the recording’s protagonists going on about how wonderful it is to make music with each other and can be safely ignored.