A sense of free-flowing fantasy illuminates the music’s greatness 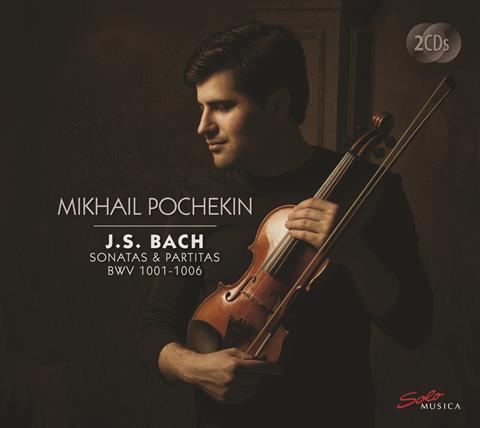 During the 20th century, Bach’s solo violin music attained such unassailable heights of awestruck respect that for a while the interpretative mainstream tended increasingly towards furrowed-brow rhetoric, as if every single note was literally a ‘feather on the breath of God’. Thankfully, and without in any way undermining the music’s stature, the prevailing tendency today is towards playing these priceless scores with a lighter touch and sense of free-flowing fantasy.

This would seem to be the starting point for Mikhail Pochekin’s outstanding new recording, which although studio-based achieves a perfect balance between the sense of a natural, open acoustic and tactile presence. Pochekin dissolves the old interpretative pitfalls of tonal and temporal inflexibility and full-throttle double-stopping in a deftly articulated, gently cushioned, tonally beguiling flow of musical incandescence. Where even the most distinguished names in the violin firmament have occasionally resorted to stern-faced imperiousness, as in the doubles of the B minor Partita, Pochekin imbues his phrasing with exquisitely supple inflections of tempo, dynamic, vibrato and bow contact that create the impression of music arriving hot off the press.

In the predominantly bright and breezy E major Partita, Pochekin keeps each dance-style miniature ‘en pointe’ so infectiously that it is difficult to remain seated, and even in the darker recesses of the A minor Sonata and D minor Partita he lightens the payload with innumerable nimble touches, reminding us that the music’s greatness arises naturally rather than being forced upon it. An outstanding achievement.