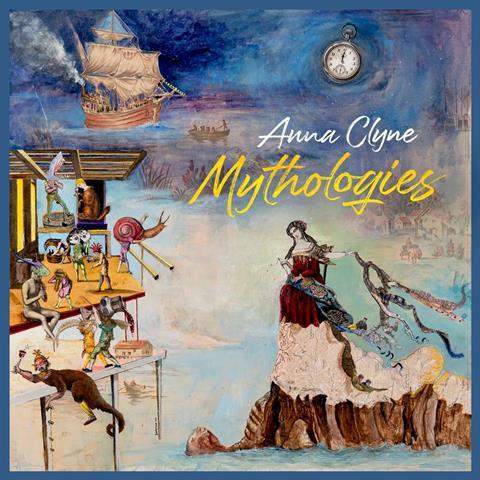 Anna Clyne’s zappy handling of the symphony orchestra, full of electro-acoustic elasticity as the beautiful booklet note spells out, has made her a safe bet in the delivery of orchestral showpieces. For example, Masquerade – the work that opened the Last Night of the Proms in 2013, in the recording heard here. It’s good to hear this restless orchestral firework right next to The Midnight Hour, which has the same urgent drive but tempers it.

The two other orchestra-only works here, Night Ferry and <<rewind<<, similarly thrash out one mood or stick in one groove, perhaps flipping to one opposite state for passing contrast. Clyne’s music always does interesting things on the surface and is more intuitive than architectural. Some of its gestures feel frustratingly off-the-shelf (the furious mechanisms of The Seamstress and the scaled storms of Night Ferry), while entire works can feel as though they’re missing something bigger – internal revelation or even external performance (a ballet, a film).

Of primary interest to readers of The Strad is The Seamstress, a concerto for violin and speaker reciting Yeats’s poem. It is best described, as the booklet does, as a series of visions – a Scheherazade-like piece with an equivalent narrative weave. There’s the hint of passacaglia that feels underexploited but a strikingly beautiful harmonic sequence in the second half under the line ‘I made my coat a song’ that gets right under the skin. Koh approaches the solo violin part with the element of shamanism it needs. Quibbles and reservations elsewhere, but The Seamstress is a resonant piece that hits upon something. Sound differs across these five BBC recordings but is consistently present and clear.