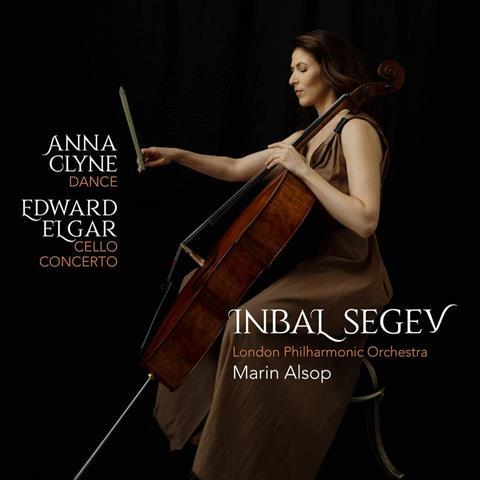 Description: Well-pitched and assertive playing in cello concertos both old and new

It’s nothing if not enterprising from Avie to have coupled Elgar’s oft-recorded Cello Concerto with an (almost) brand new piece. London-born, New York-resident Anna Clyne admits to having Elgar in her mind while writing her five-movement, Rumi-inspired cello concerto DANCE last year. And while the piece’s influences – Jewish and Irish music, looping, even pop-like chord progressions – are a world away from Elgar’s Edwardian nobility, DANCE shares the older concerto’s heart-on-sleeve emotion and disarming directness. Clyne wrote it for Israeli–American cellist Inbal Segev, and the performer clearly has the work in her blood: this is a passionate, assertive account, Segev’s sound delectably reedy in the slow-moving melody of the poignant opening movement, and conveying a viol-like purity in the Górecki-like polyphony of the fourth movement.

Segev gives an emphatic reading of the Elgar Concerto, too, but seems so determined to make her mark on the work that the results sometimes border on the rather deliberate – just take the surprisingly heavy, slow, gestural opening solo as an example. Nonetheless, she delivers a beautifully pitched Scherzo that teeters between joyful abandon and nervy despair, and there’s a snarl hiding behind her expertly articulated closing movement. Segev gets exceptional support throughout the disc from the LPO under Marin Alsop, who are especially detailed and incisive in the sonic effects Clyne conjures. Recorded sound is clear, crisp and warm.