Craggy brilliance and intensity in these fearsome sonatas 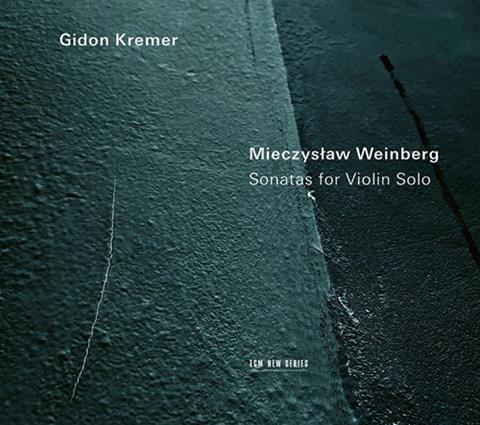 Description: Craggy brilliance and intensity in these fearsome sonatas

Linus Roth’s dazzling account of Mieczysław Weinberg’s three solo violin sonatas (reviewed October 2016), all relatively late works composed between 1964 and the composer’s death in 1996, set the bar very high. Roth sustains his beguiling, silvery pure sound no matter how extreme the technical pressures exerted by Weinberg’s coruscating invention, and segues between even the most startling musical juxtapositions with his sleight-of-hand legerdemain.

Fascinatingly, Gidon Kremer approaches these bracingly imaginative scores from a different semantic viewpoint. With Kremer one is more aware of the recreative and physical effort involved, which he clearly sees as part and parcel of the music’s sense of struggle. The First Sonata, especially, requires ultra-fast pyrotechnical reflexes, which in a flash may require a stratospheric position change accompanied by extreme transpositions of dynamic and bowing style, and back again. Rather than create the impression of a darting swallow in full flight, Kremer galvanises the attention with the hurtling menace of swooping hawk.

Kremer’s soundboard-buckling élan reaches its zenith in a live recording of the Third Sonata so fearless in its no-holds-barred intensity that at times one fears for the safety of his instrument. ECM’s typically close, fine-detailed engineering enhances the galvanising impression of a musician in peak flow with tactile precision.