A beautifully constructed recital from a virtuoso viola player 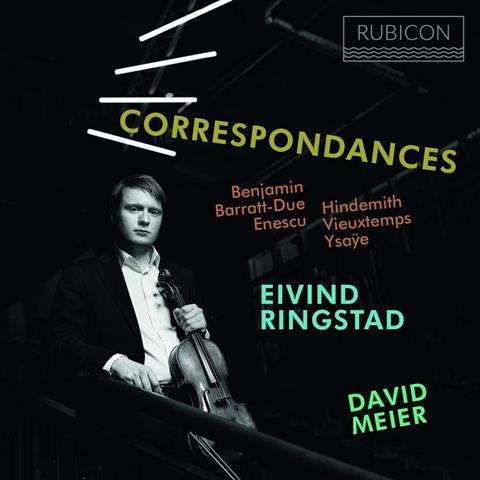 Description: A beautifully constructed recital from a virtuoso viola player

After an orchestrally accompanied debut recording, published in 2017, that included the Walton Concerto and a viola arrangement of Sinding’s scorching Suite, the young Norwegian virtuoso Eivind Ringstad is back with a full-length recital of great musical variety. A violin showpiece is again included, this time Ysaÿe’s coruscating Caprice on Saint-Saëns’s Etude in Waltz Form, performed, as was the Sinding, in a one-to-one transcription, down to the runs of 10ths towards the end. Faithfully seconded by David Meier, who sticks to him like glue, Ringstad waltzes his way around the floor with supreme nonchalance and agility, his 1768 ‘Vieuxtemps’ Guadagnini proving a mercurially responsive vehicle, from which he coaxes some hauntingly veiled sounds throughout the programme.

The Élégie by the instrument’s former owner receives a heartfelt reading that threatens to go over the top during the bombastic coda, and Enescu’s Koncertstück develops an exciting momentum. The three movements that make up Benjamin’s Sonata are so many character pieces which Ringstad shapes most eloquently, moving seamlessly between soulful sadness, wistful remembrance and motoric, forward-urging energy.

Peder Barratt-Due (himself a violinist) explores some moderately harsh sonorities from both viola and piano in the title track, Correspondances, a Ringstad commission: several excursions beyond the fingerboard’s end are accomplished with aplomb. Hindemith’s Sonata brings this warmly recorded recital to an exhilarating conclusion, its wide-ranging variations emphatically characterised by both players.